Our virtual team responds to your individual and institutional requests Luke has two decades of experience and expertise in the internet and information technology industry. His expertise is 'big picture' thinking and he has the ability to make the complex world of technology accessible and easy to understand. Luke and his team previously led the development and integration of the ABC Bullion Gold Trading website which is safe, simple and secure for users to use.

Similarly, he has led the development of the Peer Review as a cloud-based review management system which can connect with a range of users, systems and evidence in an accessible, flexible and secure way. Luke's strength is his ability and focus to find the best possible solution for every technology problem and his commitment to service.

After many years building businesses and technical teams for others, Luke has begun his own personalised IT support and consultation services in 2019 which is accessible to all types of industries and users. Michael's journey in higher education started in 1995. He has held a number of academic positions with Australian universities and independent providers.

Having started as a business (marketing and management) academic, he somehow transitioned into food history and gastronomy (and is currently writing a book of flavour and taste) and then into the regulatory, quality, and risk management aspects of Australian higher education.

He was on the ACT, NSW, QLD, and Vic Registers of HE Assessors prior to the 2011 changes to Australian HE's regulatory framework (with the creation of a national regulator, TEQSA). He was an auditor with the AUQA 06/2009-12/2011, and then on the Register of Experts FoE 0803 with TEQSA after its creation. 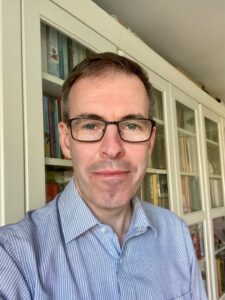 Mark is an independent consultant in higher education with expertise in digital transformation, service improvement and the student experience. He has held a variety of strategic roles in higher education over the last twenty years which has entailed working closely with university mission groups, professional bodies, quality agencies and central government departments.

Between 2014-18, Mark served as Chief Operating Officer of the Higher Education Academy, the UK-based charity with a teaching and quality enhancement focus. During this time, he oversaw the Fellowship scheme and PVC Learning and Teaching network, expanded the organisation’s reach internationally, and managed the merger of the HEA with two other bodies to become Advance HE.

In 2018, he co-founded OneHE, a profit-with-purpose organisation that delivers flexible, affordable faculty-development at scale by providing expert-led short courses in effective teaching practice Having 28 years of extensive experience and broad networking in Europe, Mediterranean, Middle East, Far East and in the USA, he is truly an international expert on Quality Enhancement and Accreditation within global higher education.

He serves as Vice President for CEENQA, Executive Board Member of IQA and YÖDAK. He is an international reviewer and evaluator on internal and external quality assurance and accreditation processes for program and institutional level for many quality assurance agencies within Europe and worldwide. He is also serving as an advisory board member, accreditation committee member and international strategic council member for some agencies while participating in Quality Assurance related projects within the European Commission as well as World Bank.

He is always eager to explore new challenges and contribute to Higher Education institutions with 28 years of teaching, research, accreditation and quality assurance experiences and networking in global higher education area. Tiago is a senior software engineer with more than 15 years of experience in the field. During this time, he has developed many modern and complex web applications. 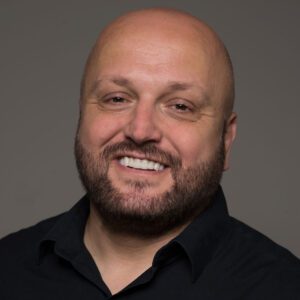 An interdisciplinary designer with almost three decades of experience in digital and print design, user experience and user interface.

Working at the crossroads of technology, design and art, he has designed a large number of digital products with a keen eye for detail, design efficiency and beautiful form. Anne-Marie Martin is Director of Pure Accounting for Business.

With 18 years’ experience in tax and business advisory industry it has been her goal to use past life experience and create new life experiences that assist in helping to understand clients needs. Starting up her own firm in 2021 was the next step in that adventure.

The business vision is to focus on People with Understanding, investing in Relationships and creating time for Experiences.

She believes that people are more important than anything in this world and therefore investing time into people is a worthy pursuit.

Anne-Marie has also been working with UTAS for the last 6 years on a casual basis, currently holding the position of Ambassador of Industry within the MPA program.

Involvement in her professional body has also been a constant over the last 10 years being the convener of the Launceston Discussion Group, involved with the Tasmanian Divisional Council and various committees.